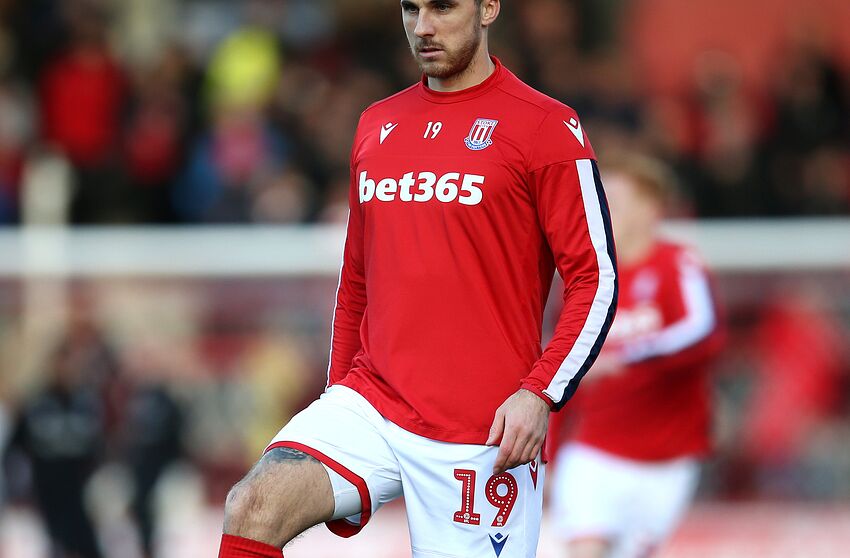 BRENTFORD, ENGLAND - JANUARY 04: Lee Gregory of Stoke City warms up prior to the FA Cup Third Round match between Brentford FC and Stoke City at Griffin Park on January 04, 2020 in Brentford, England. (Photo by Steve Bardens/Getty Images)

Cardiff City are reportedly interested in a January move for Stoke City forward Lee Gregory, with the former Milwall man out of favour under Martin O’Neill.

According to the Daily Mail, Cardiff have expressed interested in Gregory who worked with the Bluebirds boss Neil Harris at Milwall. Gregory has scored just four Championship goals since arriving at the bet365 Stadium in the summer and has been of the bench in recent weeks with Sam Vokes O’Neill’s preferred striker.

Having said that, it is unlikely Stoke will be looking to sanction a move for the 31-year-old, with Tyrese Campbell out of contract in the summer and attracting serious interest from a number of clubs. Campbell has been the pick of Stoke’s forward line this season, but none have been that prolific with the club’s top scorer in the Championship currently midfielder Sam Clucas.

Meanwhile, O’Neill has suggested Stoke will be delving into the transfer market this window, although any incomings are likely to be on loan. Stoke do not have huge funds at their disposal and like in the summer, will be looking to find good value in the market.

Next: Arsenal urged to move for Stoke City midfielder Allen

One player Stoke have been liked with is out of favour Southampton striker Che Adams. According to The Athletic journalist Phil Hay, Adams is available on loan, with a £1m fee and a summer obligation to buy. Adams has struggled in the Premier League with the Saints this year, but has been a prolific scorer in the past when he has played in the Championship.